Get 20% Off Your First Purchase 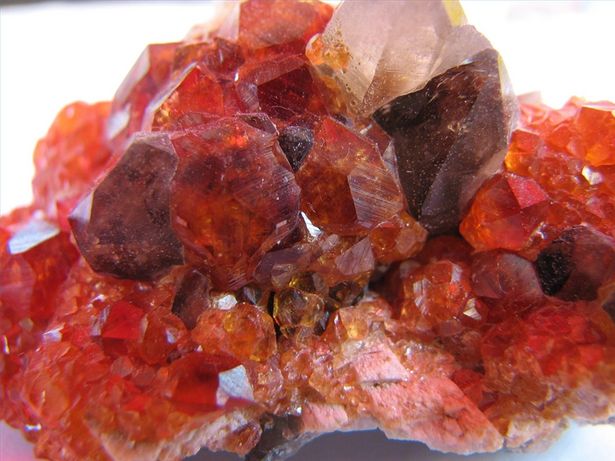 The Birthstone for January is Garnet. It is also the Gemstone celebrated for the 2nd and 6th Anniversary.

Garnet has long been thought of as a travelers’ stone.  Noah’s Ark is said to have had a Garnet lantern to help navigate during the night.

Garnet will stimulate the senses, and increase your vitality and stamina.

Garnet is said to have the ability to heal the blood and encourage good circulation.

It is said that Garnet is the stone of passionate devotion, to your family, your friends, yourself, and your purpose or goals.

It  makes a wonderful executive Gem, particularly for women. Very good for career success, encouraging business relationships by increasing your popularity and stimulating other peoples desire to work with you, especially for women.

Garnet is available in a range of colors, such as yellow, orange, peach, green, red, purple, blue (rare), brown and pink. The most commonly occurring color is red and the rarest is blue. Garnet also rarely occurs in color-change varieties, which have a different color depending on whether they are viewed in incandescent or natural light.

****Disclaimer: Double Dragon Jewelry Ltd is not intended to
diagnose, treat, cure or prevent any disease or physical
condition and is not a replacement for any medical
treatment.

View our beautiful Collection of Garnet Sterling Silver Jewelry below:

♥ I sure appreciate your support by sharing my pages to any of your preferred social sites.

This is what my customers have to say……..

Cindy is a lovely lady and has an amazing array of gems to choose from and her studio is beautifully designed . It is very hard to make a chose so I keep coming back for more for friends and family

A vast selection. I have purchased many pieces from the lovely Cindy, the keeper of the Double Dragon beauties. She is very conscientious in finding the perfect piece for you.

Cindy has an amazing eye for beautiful, quality jewelry. I have purchased many pieces for myself and as gifts. Prices are very reasonable, especially on the Double Dragon VIP Facebook page. Thank you Cindy, for sharing your love of jewelry with us!

Best silver jewelry ever! I have purchased 8 items for myself and quite a few as gifts. I get complimented all the time on my beautiful pieces. Cindy will bend over backwards to get you exactly what you want!! Can't recommend Cindy and Double Dragon enough!!!

I have purchased several pieces from Cindy's cite ... I must admit that every piece is high quality!!! I totally love each one... and now I am addicted ....and Cindy is always going that extra mile to be helpful.Keep up the good work ....you have me hooked !!!

Let me help you find what your looking for

Visit me on Social Networks